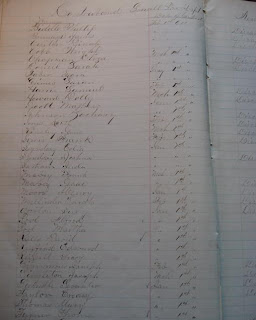 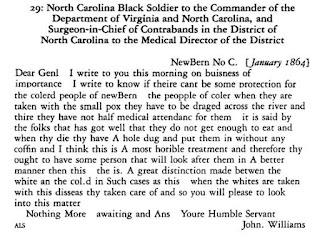 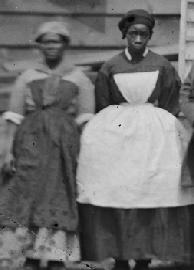 On a recent trip to the National Archives, while looking for a Civil War soldier, I saw an interesting notation on an index card. The notation was that the soldier's wife was also applying for her own pension as nurse. This was the first time I had seen such a notation, and this made me curious as to who she was and then the question arose for me--were there more women of color who were nurses who names could be found?

I asked some questions of one of the military archivists who directed me to a ledger that contained several pages of names of nurses who were hired as "contract nurses" in the Civil War. 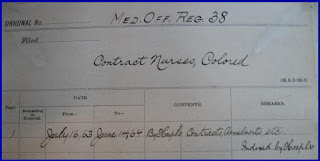 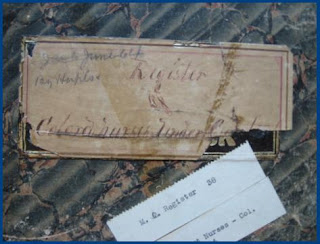 The ledger is a small one, and it contained only a handful of hospitals that were mentioned in Maryland, Virginia or North Carolina.

The hospitals mentioned in the front of the ledger were:

However, other hospitals were actually captured in the ledger, including:
Jarvis US General Hospital in Baltimore
Green Heights Hospital (Unknown location)
McKim's Mansion Hospital, Baltimore, Maryland (The Patterson Park Hospital)

I am fully aware that there are not many photos of these women and women who served as nurses in the Civil War, but I also became curious as to whether or not there are images of any of the hospitals where they served. I was pleasantly surprised to find a few images that did survive.

As a result I was able to find some images of these sites.

The Jarvis US General Hospital was a very large facility in Baltimore. There were ten black nurses working under contract at Jarvis. I am wondering if one of the barracks was devoted to black soldiers for there to have been many who were hired at the same time to work there. 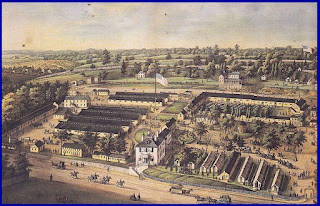 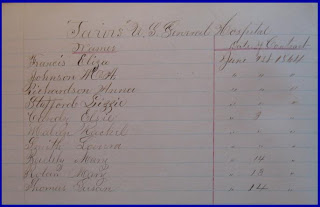 When looking at the names of nurses at the Contraband Hospital in Norfolk, I was surprised to see that both
men and women's names appeared on the ledger of contract nurses. 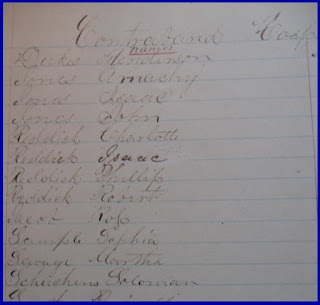 Names of Contract Nurses at the Contraband Hospital Norfolk Virginia

There was one hospital whose name was difficult to read.  It appeared on the ledger as "Lowenture" Hostpital. However, I dedided to see if I could find the actual name of the hospital and was surprised when I did. It was actually L'Overture Hospital in Alexandria Virginia. This hospital was a contraband hospital named after Toussaint L'Overture, the liberator of Haiti! This may have been the very first hospital named after a person of color in the country.

I was even more surprised to find that there has been an archeological project in Alexandria Virginia underway, looking at the history of this hospital.

And there is also an historical marker for this hospital. 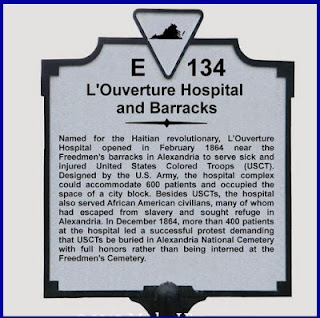 The small lists of nurses who worked at these few hospitals that I found are only the beginning. Their history also deserves to be told and their names should be called.

May we never forget them, as we tell the many untold stories of America's Civil War.