Finding The Civil War Era Stories Around Us 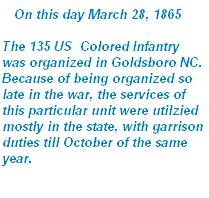 * * * * * * * * * * * * * * * * * * * *
Someone asked me recently how I was able to find out about much of the local Civil War history that I write about.  This was a valid question, especially since much is not written about nor presented in the standard history curriculum. The question arises---how do you know if you should delve into Civil War History?
Well my answer is simple---if the war affected the region where you lived---and if your ancestors were impacted---then one should by all means study the events as they occurred on the local level in particular.
So----where are the clues and how can you find out? Well, many clues to our history are all around us----right in the communities where we live.  We only have to open our eyes to learn see them. Every community has a rich history and even if you own community or that of your ancestors is not discussed in a textbook sense, there is still data to be found, anyway. We only have to let our eyes see it! Look at your local community with a new lens.
Was your ancestral community a site where any historic battles took place?  If so--- were there any black soldiers at that battle?  Years ago this would have been difficult to answer---but today that is not a difficult task.  So ask the question and see what you find. 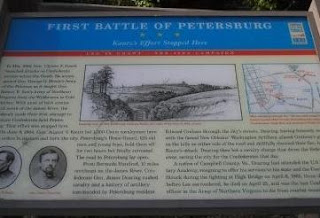 This historic marker reflects activities the 1864 campaign against Petersburg. There 22 black units
involved in the events around Petersburg VA, from June 1864 - April 1865
If there was a battle in the vicinity---that tells you several things.
For there to have been a battle:
1) There had to have been Union soldiers.
2) If there was a Union regiment in the area, there was a Union encampment---a Union line.
3) If there was a Union line, there is also the possibility of sanctuary---a contraband camp might have been nearby.
4) If there was a large plantation or estate in the area, there might have also have been right after the war, a local field office of the Freedman's Bureau----thus leading to new records and a new source of data including labor contracts with newly freed slaves.
5) If there was a large estate, and a presence of Union soldiers---there was also the possibility of a regiment of US Colored Troops being organized in the same area.
Are there historic antebellum homes? Then there is another opportunity for research. 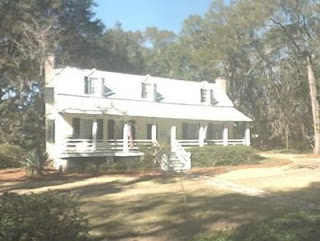 An historic home--Heyward House, Bluffton SC
In those communities if there were any antebellum homes---then there was a community of people who were enslaved who worked in those homes and also upon the grounds of the estate.  Even if your ancestors had no ties to the estate--someone in the community did have ties, and knowledge of the community's history involves working on the history of those tied to those estates.
If there are other historic sites---an old mills, historic buildings, churches, and courthouses, there are opportunities for researchers to obtain more data on their own people. Such places were often worked on by enslaved people in the area---so there is more data to explore.
Old churches often reveal information about slaves, in those cases where slave holders allowed slaves to have services.
There are many stories around our ancestral homes, and by placing our ancestors back on the landscape and understanding that their lives unfolded right there----we must begin to look at communities differently as we pass them by.
Thankfully---more historic markers are also appearing on the landscape reflecting in incidents that involved the fight for freedom made by our ancestors who were soldiers and who were enslaved people seeking their freedom.
We must simply learn to look at those landmarks as we pass them by. 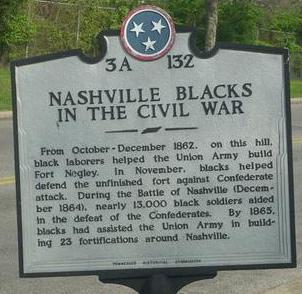 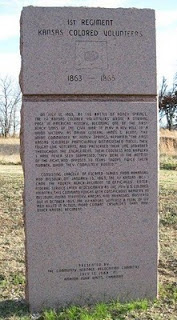