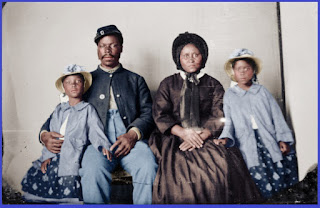 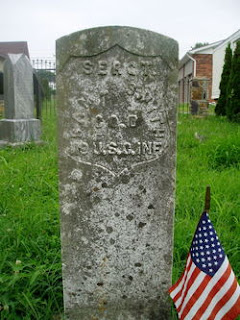 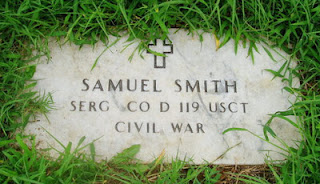 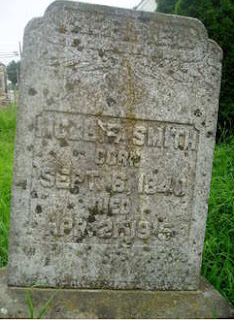 The Battle that Put a Theory To Rest 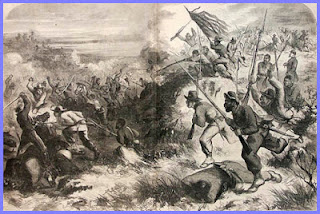 At long last a new historic site is honoring the actions of men who fought at the Battle of Island Mound, in Missouri. And finally significance of that battle is being told. This was a critical event, for it was the first time that Black soldiers engaged in battle in the Civil War.

They were said to have been men of no courage. They were perceived as men inferior in spirit, intelligence and personal strength. It was believed and debat﻿ed nationally whether they could withstand the pressures of military battle and it was assumed that they would cower in the face of the enemy and flee.

But in Ft. Scott Kansas, with the influx of runaway slaves from the Cherokee Nation, and nearby Arkansas, a growing number of able bodied men were willing to fight with the purpose of eradicating slavery. In the summer of 1862 the Ft. Scott Bulletin wrote about the continued recruitment of black men in the Union Army. So many had doubted the ability of the men to have the emotional and psychological strength to look white men directly in the eye, let alone to engage in combat against them. But General Lane the Ft. Scott officer who oversaw the training wrote in the Bulletin of a dramatic change in the men who were being trained for battle:

"I have seen them come into the camp, looking down as though slaves. By and by they begin to straighten themselves, throw back their shoulders, stand erect and soon look God straight in the face."

The debates continued however, on a national level whether black men would fight in war. It was believed that they would simply drop their arms and flee. Yet, in 1862, on a crisp day in October in Missouri, over 200 men of color put the theory to rest. They fought hard, they fought nobly and they fought with a ferocity that astonished the nation. Like all men, when tested, they demonstrated their strength. And in October 1862, the men of the Kansas Colored many former slaves from Indian Territory, not only stood up to the enemy, but they also won their battle.

This was the first battle of the Civil War in which men of African Ancestry encountered confederate forces and their actions rattled the nation. For the first time, these sons of Africa were no longer viewed as mere novelties from the human species lacking courage, wisdom and integrity. They proved that they were men of strength who fully understood their circumstance, and fully understood the concept of battle. They were fighting for their Freedom and on that day in October, the 1st Kansas Colored defied all odds.

It should be noted what exactly happend at Island Mound Missouri that day. Mere foot soldiers fought off confederate cavalry. The Kansas Colored lost eight men in that battle. But the enemy lost three times that number.  The fact that black men on foot defeated men on horseback rocked the nation to its core. Those who believed in some inbred inferiority of men of color had to adjust their minds to a new perception--that these men were equal to them.

The performance of these brave black men, hastened the eventual establishment of the Bureau of Colored Troops the following year. It was clear that when given the chance they would not only stand up to the task, but some were willing to die for the same values held by all men and women--freedom.

Now, at long last, a new historic site honors the history of the men who changed history on that day.
An interesting 3 minute animation video also reflects what happened that day in Bates County Missouri. (The video loads slowly but it is worthwhile to watch for the full 3 minutes.)

The courage of  the 1st Kansas Colored was the beginning of a major effort that would change the nation forever.
* * * * *
"Once let the black man get upon his person the brass letters, U.S., let him get an eagle on his button, and a musket on his shoulder and bullets in his pocket, there is no power on earth that can deny that he has earned the right to citizenship."
~~ Frederick Douglass~~
Posted by Angela Y. Walton-Raji at 3:22 PM 1 comment: