Remembering The Battle of Honey Springs on the 150th Anniversary

A forgotten story comes from a small settlement near Checotah Oklahoma. In the town of what is now Rentiesville Oklahoma, on the Texas Road a major battle occurred 150 years ago, this week. The Battle of Honey Springs.

Many of the black soldiers served in the 1st and 2nd Kansas Colored. These two regiments were later re-designated as the 79th and 83rd US Colored Infantries. They were freedom fighters like their brethren in the United States states, and their story should be told and should be remembered. 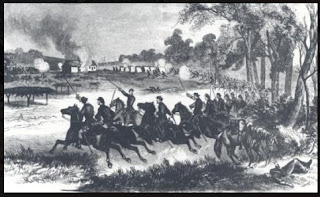