The Mystery of J.R. Kealoha - Soldier of the United States Colored Troops

Image of Headstone for J.R. Kealoha

Recently I saw a video from Hawaii about a Civil War soldier receiving a headstone. The remarkable part was that the soldier was said to have served in the 41st US Colored Infantry.

Because of the soldier’s participation in the Civil War and the location of his burial site effort was made to obtain an official stone for this soldier, but as stated in the video, because there was no next of kin, the Office of Veteran’s Affairs would not issue an official marker for his grave.

I found this story so interesting and was moved to learn more about the soldier and, if possible to tell more of his story.

So many questions came to mind.

When did he enlist?

Was he injured during the war?

How did he find his way to the states to join the 41st US Colored Infantry?

Did his survivors file a pension?

It was said that several others from the Kingdom of Hawaii served in the Union Army, and so, I was compelled to see what I could learn about this soldier.

The Search for the Soldier 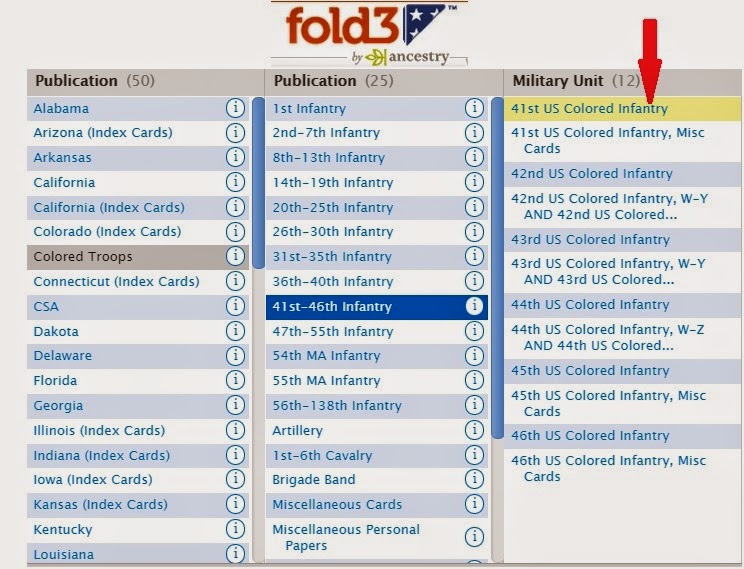 Zooming in on soldiers whose last name began with the letter K, but surprisingly no Kealoha was listed. 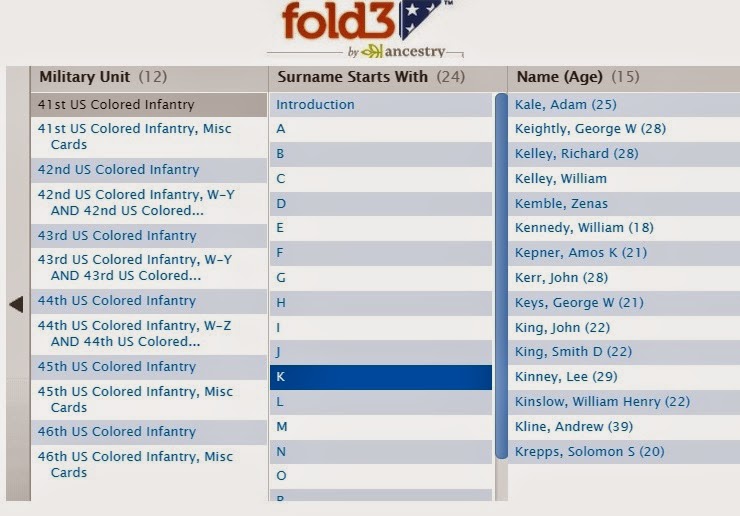 No soldier called Kealoha, or any version of the name.

I decided to then check the National Park Service database that contains the name of every soldier Union and Confederate, in an easy to search database.

No soldier called Kealoha, or any version of that name.

I had to watch the video again to learn more about the soldier and possibly find additional clues. The historian on the video Nanetter Napopleon is a well repsected researcher in Hawaii and she pointed out in the interview that J.R. Kealoha was mentioned in a newspaper article written in 1895, and she noted that Kealohoa had died in Hawaii in 1877.

But the two most likely places to reflect his history and his service the National Park Service database, and the Union Army service records, had no data reflecting anyone called J. R. Kealoha. The records from Fold3 are the digitized Civil War service records housed at the National Archives.

So a new question now arises:

Could this soldier have served under a different name?  If so, then finding the name an alias would an enormous task. I examined the names of all of the men in the 41st. I started first with the surnames beginning with K, hoping to find something similar, but nothing came up. Then I went back and examined the names of all of the soldiers of the 41st US Colored Infantry, looking for something that might have a resemblance to his name, but there was nothing that stood out.

*If J.R. Kealoha from the Kingdom of Hawaii served in this regiment, how did he arrive and how was he recruited? 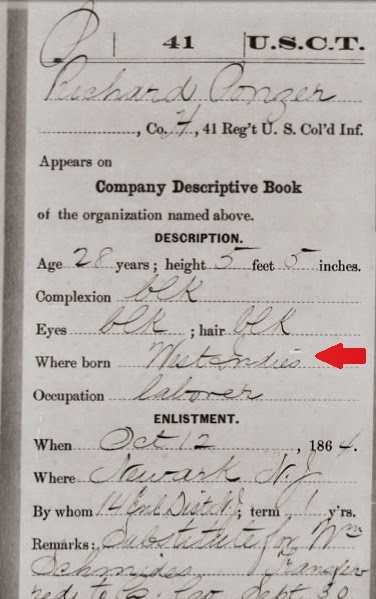 From Civil War Service record of soldier in the 41st US Colored Infantry who was born outside of the US.


So there is a possibility that someone from the South Pacific could have been among other foreign born soldiers that served in the 41st.

But now, without being able to find his name or to document his service I now understood why an official marker could not be issued. True there may not be any known descendants or next of kin, but the soldier's service has yet to be verified, because the actual service of the man so far has not been documented. Even with if there was a descendant of the man, without the official name under which he served, an official marker would never be issued by the office of Veteran’s Affairs.

Could the article that was referred to on the video be found to see how Kealoha was identified as a Civil War soldier? There was a reference to a letter written in 1895. Hopefully that letter, if located could be examined to learn more.

If the man served in the Union army, could the man J.R. Kealoha have possibly served in another regiment, and not the 41st US Colored Infantry? This is a possibility, but this would make finding the soldiers almost impossible.

Could Kealoha have possibly been a civilian worker and not a soldier?

While looking for other resources, an article published earlier this year made a reference to a letter written by Col. Samuel Chapman Armstrong, where he mentioned Kealoha by name. Armstrong made a reference to a man who was working as "his orderly" at the time tending to his horse. He conversed with the man, and it was stated that the letter said: A Jan. 22, 1865, letter from Col. Samuel Chapman Armstrong, who was born on Maui, notes a conversation with Kealoha, his "orderly," holding his horse, before the Richmond fighting. "I asked him where he was from," Armstrong wrote. "He said he was from Hawaii! He proved to be a full-blooded kanaka, by the name of Kealoha, who came from the Islands last year." He also noted meeting another man named Kaiwi from Hawaii. "I enjoyed seeing them very much, and we had a good jabber in kanaka," the colonel said.

But the letter referred to him as an "orderly" and if Kealoha was an orderly for Col. Armstrong, he might not have been a soldier in the 41st.

But Col. Armstrong did have contact with men of the 8th and 9th US Colored Infantries. Could Kealoha have possibly been affiliated with one of those two regiments? After examining the names of the soldiers of both of those units there was no soldier called Kealoha in either unit.  And so far, no soldiers from The "Western Islands" have been located among the soldiers of the 41st.

Perhaps closer examination of the two regiments that Armstrong was a part of, might yield some better data, and possibly another name.

I noticed in the 1865 letter that Armstrong referred to Kealoha as Kanaka. I wondered if there were any soldiers who may have used that name, so I ran that surname through the National Park Service Database. And I found a soldier. His name was "Friday Kanaka" who served with the 31st US Colored Infantry. The thought ran through my mind, "could the 41st really have been the 31st?" I wondered if this might have been Kealoha. The term "Kanaka" has been used to describe native Hawaiian people. And I looked at the record of Friday Kanaka--and noticed that he was born in the "Western Islands". 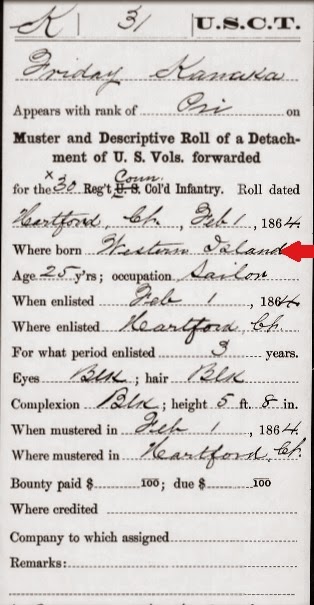 Unfortunately this is not J.R. Kealoha, because this soldier died before the war ended, in 1864, and it was noted that J.R. Kealoha survived the war and died in 1877. 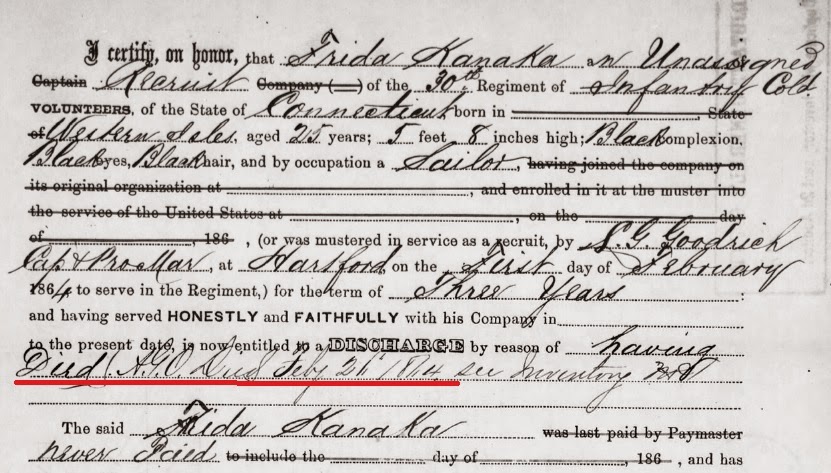 So the mystery of this son of Hawaii and possible Civil War soldier grows. Meanwhile, the efforts to honor him continue and this weekend the stone that was donated by a local monument company in Honolulu, will be dedicated.

I shall continue to look for him, and to search for his history and his service. If the name is discovered under which he may have served, then an possibly anofficial marker bearing that name could also be issued.

Hopefully others who also have an interest in the history of the United States Colored Troops will be interested in also working to document the life of this son of Hawaii, who joined forces with other men of color in the fight for the preservation of the Union, and the critical fight for freedom.

Dedication of Headstone for J.R. Kealoha