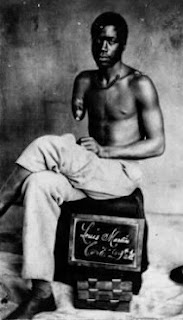 
In January of 2011 I wrote an article about Pvt. Martin. His face is a famous one, and many who study the history of the US Colored Troops are familiar with this image. But few really knew anything about him. I became doubly interested, because he was at one time enslaved in Arkansas.  After that article appeared on the blog, I heard from several researchers who live in Illinois, not far from the cemetery where he is buried. Ironically, Pvt. Martin's body rests not far from that of the 16th President of the United States-Abraham Lincoln! The grave is at Oak Ridge Cemetery in Springfield Illinois.

In May of 2012, a local newspaper in Illinois also covered the story about Pvt. Martin. After that, efforts to secure a marker for Pvt. Martin increased. And now at long last, the Washington Post reports that a marker is now going to mark the final resting place of this man wounded at The Crater in Petersburg, Virginia, during the Civil War.

Martin returned to Illinois after the war ended, and obviously life would not be easy for a man with injuries as grave as those of Pvt Martin. In addition, being a man of color, he would not be treated as a man who fought for his freedom and for his country.

After I wrote the first article, I heard from Kathy Heyworth, and who is an avid historian who lives in Springfield Illinois, in the area not far from the burial site of Pvt. Martin. She was able to share additional details about the life of Lewis Martin the man. She learned a few details about his life in Springfield, and noted that during his lifetime, he had acquired property. Though he was known to drink in his later years, she also pointed out to me, that this man was most likely "self-medicating" after all we must remember, his wound were, indeed grave wounds. But being largely ignored by many of the townspeople he was simply believed to be a drinking man whose few meager earnings were given to the local saloon.

I am so proud of Ms. Heyworth and her work to get the stone for Pvt. Martin! This man gave an arm and a leg for his freedom, and though not recognized for over a century--his struggle was not in vain. This man who could have avoided the war, having reached Illinois, from Arkansas where he was a slave, but yet, he entered the conflict willingly, and paid a large price for his freedom and for that of others. And now more than 100 years after his death, a overdue honor is being paid to him.

As a descendant of enslaved people whose lives were dramatically affected by the actions of men like Pvt. Lewis Martin, I am so moved that at last he is getting the one thing that he deserved--to be honored and to have a military marker. My guess is that he never lived to hear these four simple words uttered to him in his lifetime, so I shall say them here:

Thousands of people visit Oak Ridge Cemetery each year. I hope that a new tradition will come. A few hundred feet away from Abraham Lincoln, I hope some will take that stroll to his grave site in the pauper's section. Leave a penny on his stone and thank him for his bravery, and for his service. The war was, after all so that he and others would make this a more perfect union for all.

Note that for those soldiers who were deceased, the next of kin often received the bounty payment.


The source for all images came from Internet Archive. 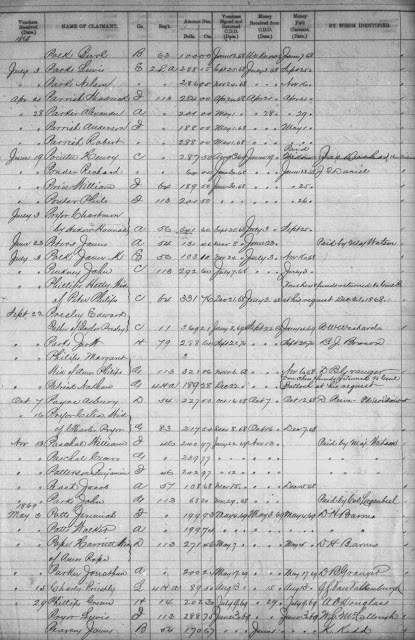 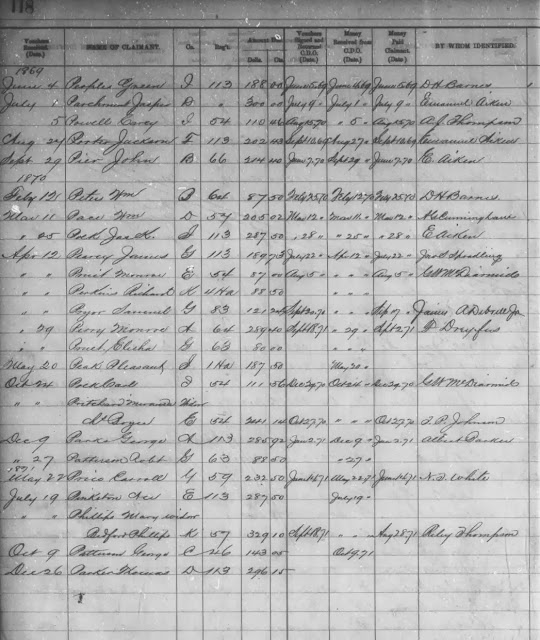 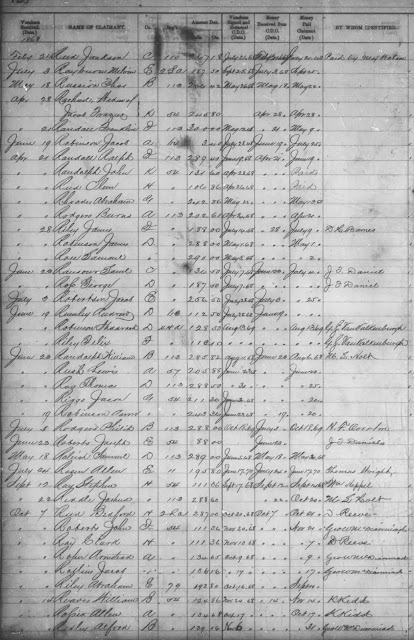 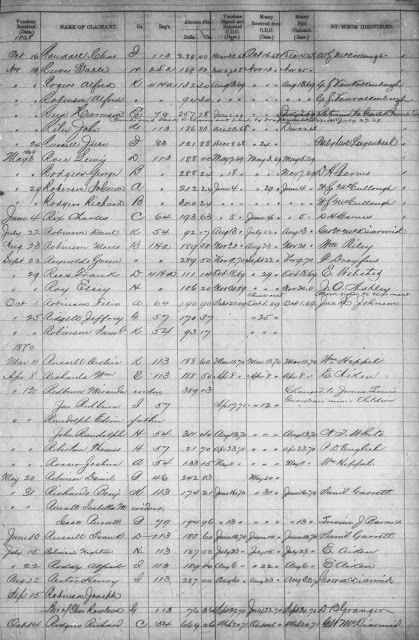 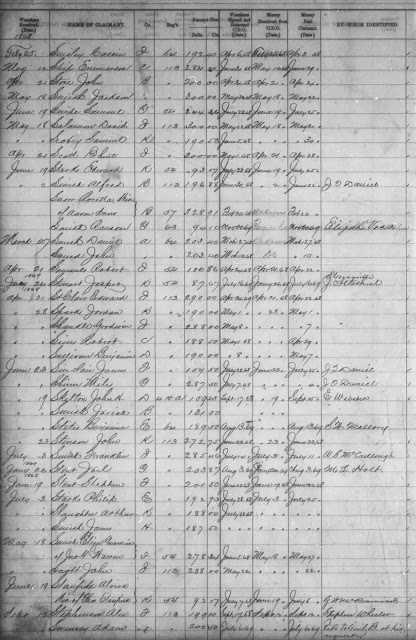 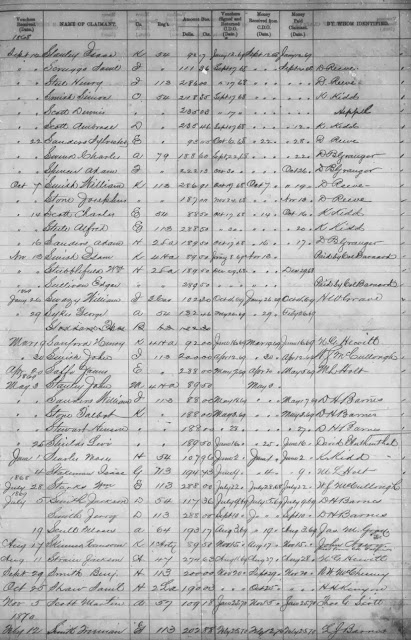 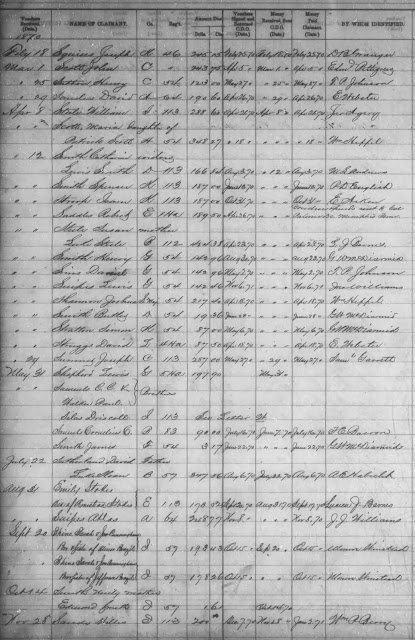 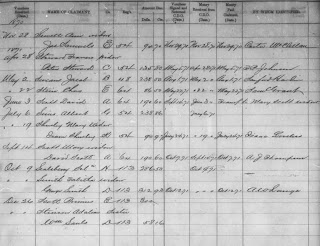 Posted by Angela Y. Walton-Raji at 8:57 AM No comments: 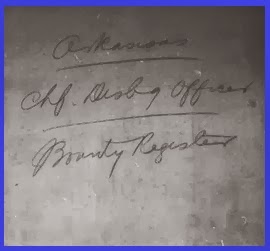 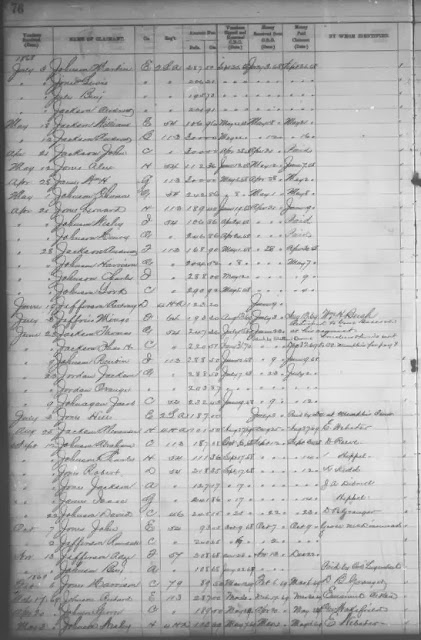 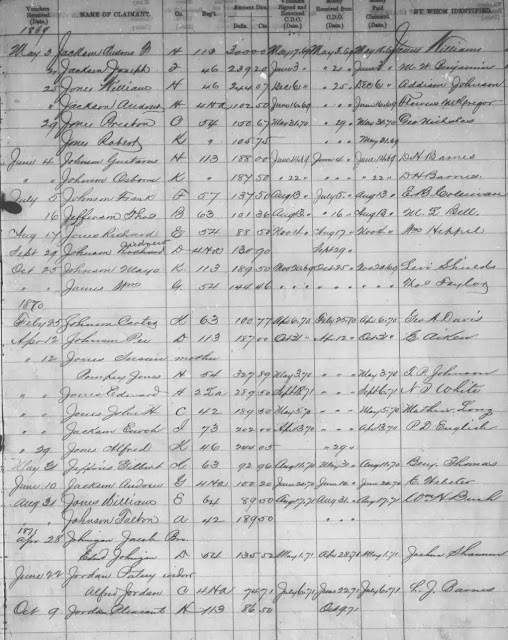 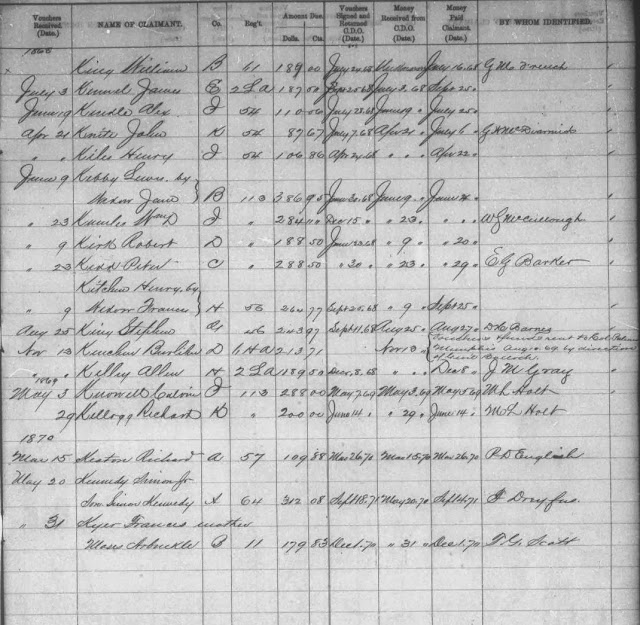 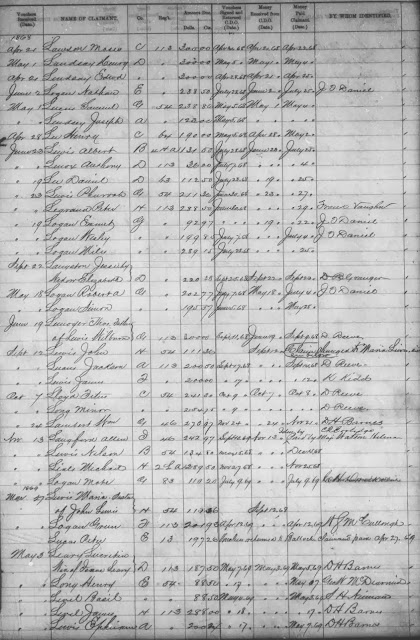 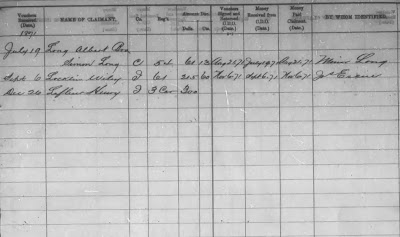 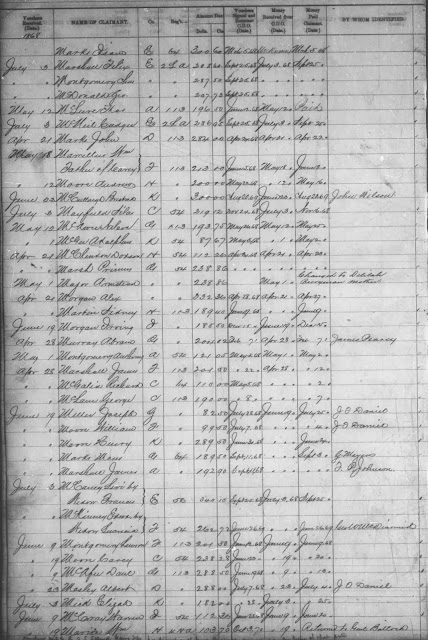 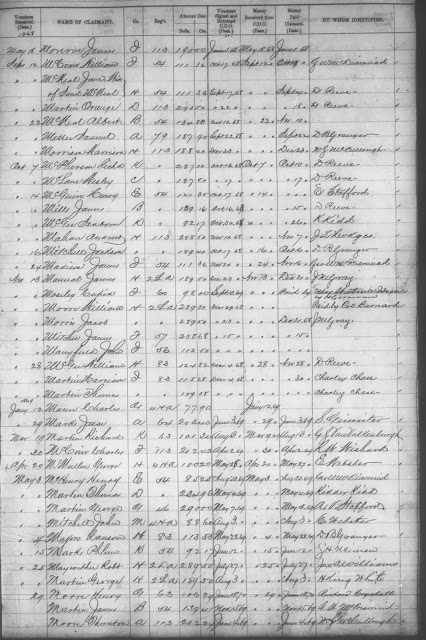 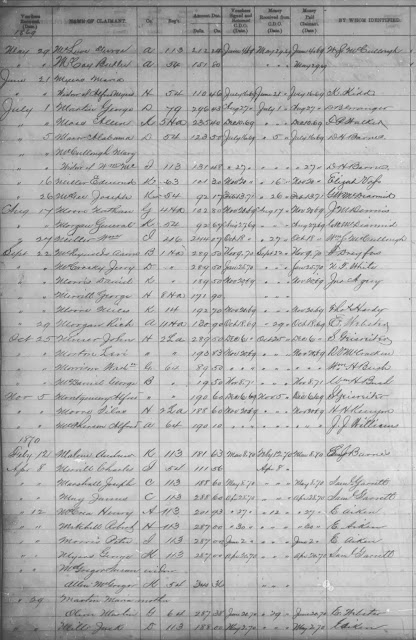 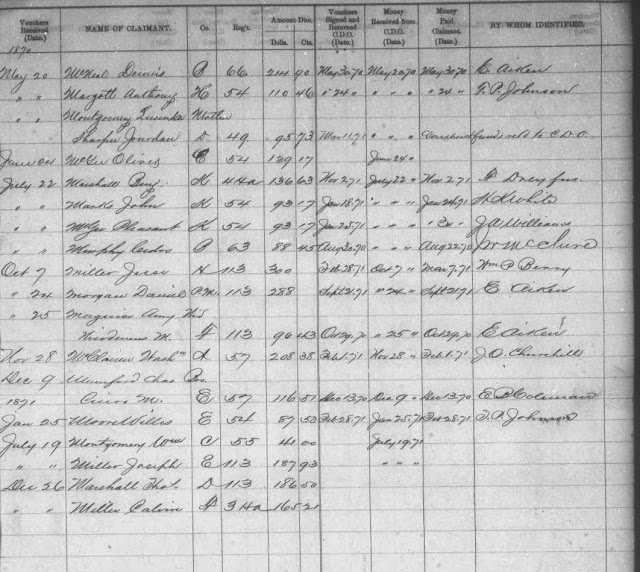 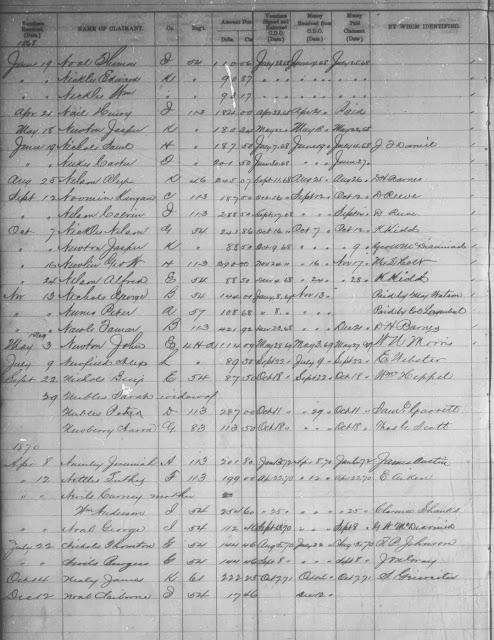 Posted by Angela Y. Walton-Raji at 6:54 PM No comments: